It was the aftermath of the Holocaust—and the Jewish People around the world were shattered and stunned by the ruin and the devastation wrought upon their brethren, and upon the thousands of Torah intuitions that served the millions of Jews in Europe.

Would America take over as a bastion of Torah, a forging house for the Torah scholars who would carry the torch forward?

Was it capable of such a task, and did we still have leaders who could shape it in such a mold?

Was Klal Yisroel too broken to rebuild?

Rebbe Yochanan of Stolin—having lost countless followers, his mother, his brothers, and his own wife and daughter—was shattered in body and in spirit.
But the mission of continuing the two-century tradition of Stolin was too sacred, and the spiritual future of generations of American-born Jews to precious.

And so, knowing that the future was in the youth; the Rebbe resolved to build a yeshiva. He was ridiculed by those who said that America didn’t want yeshivos. But he was undeterred.

The yeshiva was opened in 1948 on Williamsburg’s Rodney Street, and in the seven years of the Rebbe’s life, he poured every ounce of his energy into the yeshiva and its students.

In the decades since, the yeshiva has thrived beyond all expectation.

The Rebbe entrusted Reb Meir and Reb Yisroel Pilchick, his dedicated and loyal chassidim, with the task of carrying the yeshiva upon their shoulders—a mission that they carried out with great distinction and courage for many decades, until their final days, and dedicated their entire lives to this sacred cause.

There was no place that these two pillars of the yeshiva would not go for the welfare of their beloved yeshiva, and no sacrifice was too great in pursuit of this endeavor.

Guided by the Stoliner Rebbe Shlit”a—who assumed the place of his sainted grandfather after his passing—the yeshiva is now serving the fifth generation post Holocaust.

The yeshiva has consistently drawn students from families across the spectrum of communities—united in their singular desire for a Torah chinuch that is pure and holy, and one that emphasizes fire and joy in Torah and mitzvos.

The Marbitzei Torah, those ‘torches’ charged with transmitting the holy Torah, its traditions, and our heritage to our Talmidim have likewise been of the most distinguished caliber; men who were as accomplished in their Torah as they are refined in character.

The story of our beloved yeshiva is one that continues to be written each and every day, as the children of the 21st century arrive each and every day with joy on their faces and fire in their hearts—following the footsteps of four previous generations of talmidim of Yeshiva Karlin Stolin. 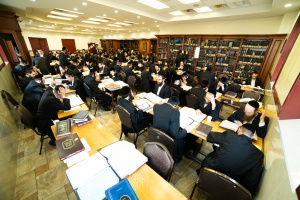 When it Comes to the Yahrtzeit of a Loved One, Supporting a Day at the Yeshiva…

END_OF_DOCUMENT_TOKEN_TO_BE_REPLACED 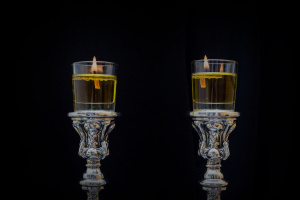 When it comes to the yahrtzeit of a loved one, supporting a day at the yeshiva…

END_OF_DOCUMENT_TOKEN_TO_BE_REPLACED 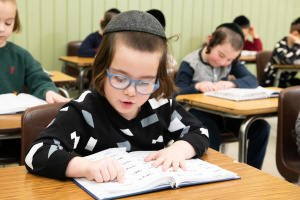 TEHILLIM with you in mind

Request a Heartfelt tefillah from Our Talmidim, Who Will Daven in Your Zechus.